As luck would have it, she turned out to be terrified of the horses. She was constantly distancing herself from them in the field. I had also found a brand of sweet feed she went absolutely nuts over- enough so that she would come to a shaking bucket. I tried my luck one Saturday afternoon just to see how far she would follow me for that bucket (a five gallon bucket over half full of sweet feed I might add!). At this point, we were almost a 20 minute casual walk from the house and I new it wouldn’t be long before she’d lose interest in me and the bucket. I give her a handful on the ground just to entice her and lo and behold she follows me all the way to the house. My stomach is in knots the entire way! Now, the tricky part- getting her through the gate into the field around the garden- I’m thinking to myself that there’s no way she will go through it but I’ll try. I dump the rest of the sweet feed on the ground about 10 feet past the gate just so if she does in fact go in, I don’t hit her shutting the gate and really upset the apple cart! She tossed her head in an excited manner and trotted right on in for that sweet feed. I shut the gate and sit on the ground, relieved, excited and a bit hopeful. I’m also hoping she doesn’t go nuts when she realizes she doesn’t have the room to roam like she did and jump the fence!

It’s now almost 5pm so I make sure she can get in the barn, has plenty of water and hay and double check all the gates and the perimeter fence. She paces the fence around the garden well into the night, I’m checking on her nearly every half hour to make sure everything is alright. I finally decide to go to bed around 10:30. I wake up early the next morning and she’s still there (thank goodness) and is much calmer than before but she is still very wary of me. At least she’s closer to the house and a bit more contained.

Over the next few days, she observes my interactions with the sheep at feeding time. Our bottle raised ewes have no fear of people and will almost bowl you over for a handful of anything to eat. I think this really got the wheels turning in her head because over the next few days, she starts to eat out of a bucket while I sit on the retaining wall alongside the barn and hold it. 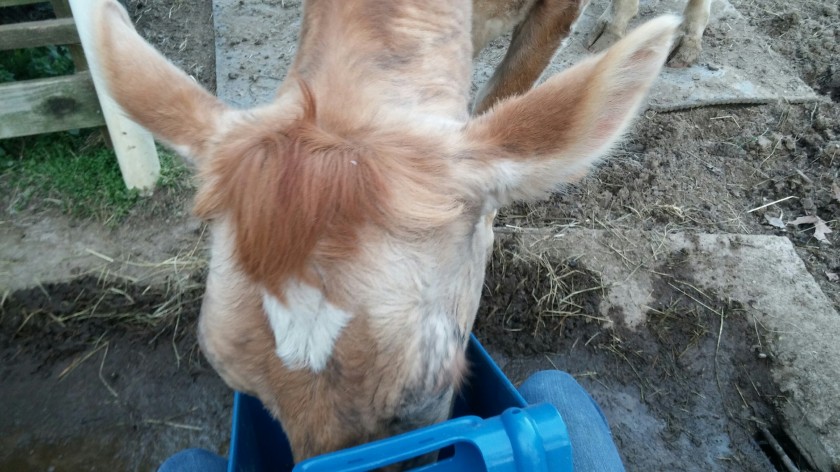 At first, I sit there stock still, hardly breathing because I don’t want to scare her. After a couple days, I decide to start petting her head as she eats. The first time, she jerks her head out the bucket and gives me a terribly dirty look but goes back to eating. I try again and can tell she’s tense but is tolerating it because she wants that sweet feed! The next few days go very well and she settles into the sheep herd very well- eating and sleeping with them and she’s becoming more friendly with me. 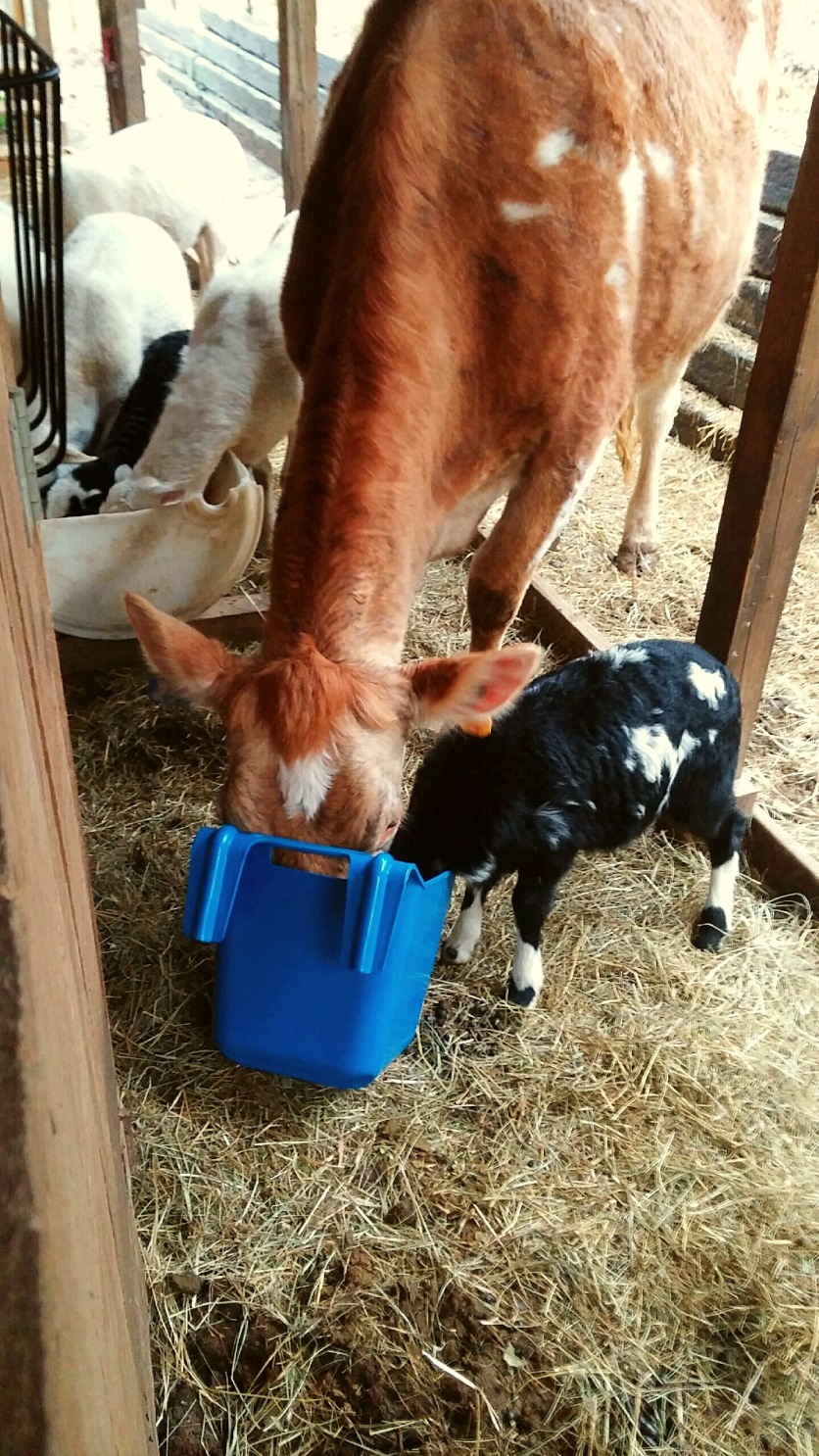 I can finally breathe a small sigh of relief but I know in the back of my mind, we still have a long, long way to go. She’s due to calve in about a month which means I have a very short window of time to get her friendly enough to milk! It’s taken nearly a month to get her this far…. anxiety really sets in and I start reading everything I can get my hands on about training a first calf heifer to be milked, and pray- I know I’m going to need the Lord’s help if this is ever going to work!

One thought on “Marigold’s Story… Part 2”