After weaning Petunia in early November 2017, I decided to get a bottle calf to raise. I had the extra milk from Marigold so, why not?! She might even raise him as her own since she’s such a good momma cow! Typically at that time of year, bottle calves are a bit scarce and hard to find unless you go to the livestock market. I wanted a calf straight from the farm though and after a bit of hunting, I found one for sale in Jonesville, VA.  That’s roughly an hour and a half from the farm so not too bad. They told me I could get him any time after the 13th so I asked if the afternoon of the 14th would be fine and they said yes! Lunchtime of the 14th, Mom and I head that way. That hour and a half drive turned into something more like two hours since, even though it was still considered Jonesville, it was a bit past it! The little bull calf was cute as can be and healthy so, of course he’s going home with us; problem is, it’s a bit on the cold side for him to ride in the large crate in the back of the truck, even covered with a tarp, I don’t feel good about it so, Mom drives the truck back and I sit in the passenger seat with him wrapped up in an old blanket. 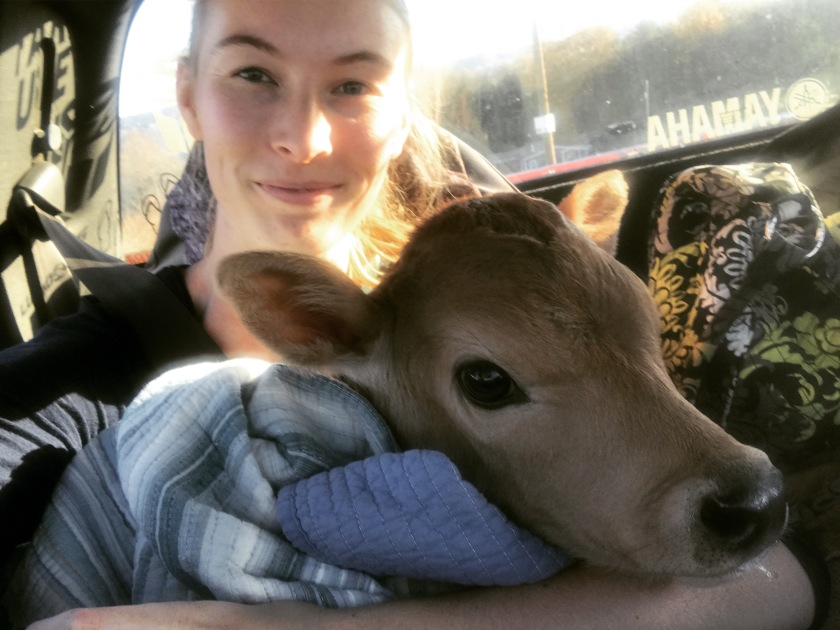 On the ride home, I decide to name him Jeremiah. We make it home right around dark and I am really hoping Marigold will take him and raise him. She was very curious about him, almost excited, until he tries to nurse…. Nope, not going to happen! She begins kicking at him trying to drive him away from her so I put him in the stall I had ready for him. After milking, I pour him a bottle straight from the bucket and he downs it.

This is wonderful- I have a hungry calf and a cow with more than enough milk to feed him that doesn’t want to. I effectively doubled my work in an afternoon’s time. She watches the entire time I’m feeding him with a look of curiosity mixed with concern… maybe she’ll warm up to him. We repeat this routine morning and night for over a week with Jeremiah being let out in the evenings before milking time to see if she’ll let him nurse; same routine with the kicking. My hopes of having a wonderful milk cow that will also take calves to raise was becoming less and less of a reality day by day. In the meantime, I’d been doing a bit of research on the subject and didn’t find hardly anything helpful on the subject. I did read that sometimes cows will take a calf that’s not theirs after the calf has been drinking their milk for a few days- they begin to smell like the cow so it essentially tricks them into thinking it’s their own. Maybe this will happen but it’s already been a week, surely she would have taken him by now! The day after Thanksgiving, I let Marigold down into what was left of the garden to graze and put him down there with her so he can run around play while I work on fixing a hole in the fence the sheep had created. Not 20 minutes after they’ve been down there, I walk back over the barn to get some fence clips and she’s letting him nurse! 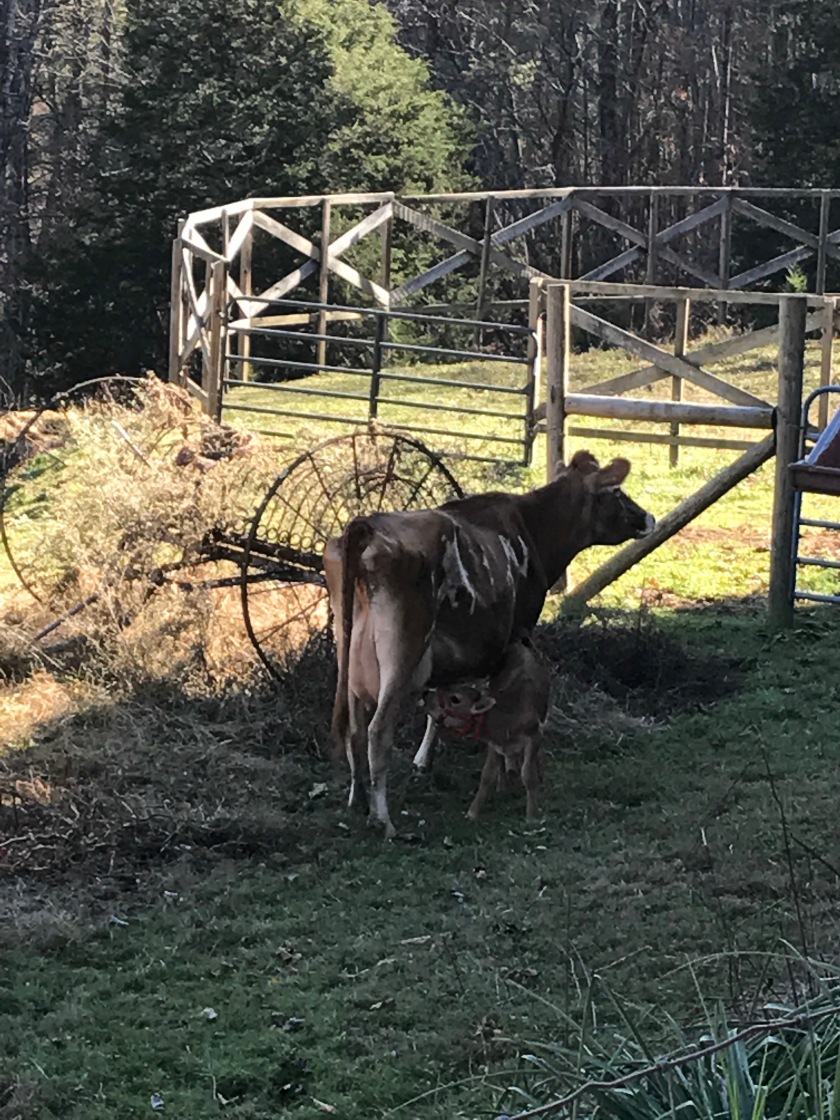 She lets him drink his fill then she goes back to grazing while he takes a nap in the sun. Well, that problem is solved! Marigold never puts up a fuss with him again and takes him as her own. In some ways, she worried over him more than she ever did Petunia! 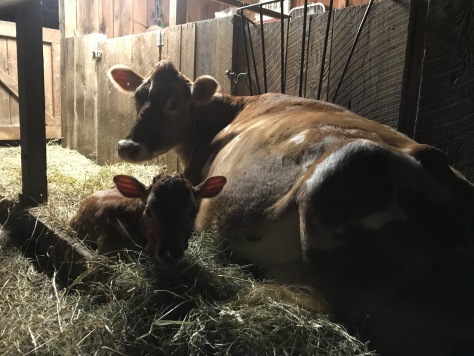 Check back next Wednesday for a new story!

One thought on “Bringing Jeremiah Home & Getting Marigold to Raise Him”